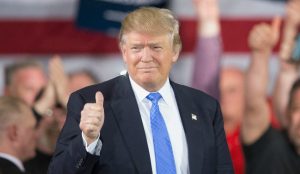 President Donald Trump has signed an emergency spending bill that will pump more than $2 billion into a program that allows veterans to receive private medical care at government expense. Trump, who made improving veterans care a central campaign promise, signed the VA Choice and Quality Employment Act while at his New Jersey golf club on Saturday.

The bill, which addresses a budget shortfall at the Department of Veteran Affairs that threatened medical care for thousands of veterans, provides $2.1 billion to continue funding the Veterans Choice Program, which allows veterans to seek private care. Another $1.8 billion will go to core VA health programs, including 28 leases for new VA medical facilities.

Why the new Veteran program?

The Choice program was put in place after a 2014 wait-time scandal that was discovered at the Phoenix VA hospital and spread throughout the country. Veterans waited weeks or months for appointments while phony records covered up the lengthy waits. The program allows veterans to receive care from outside doctors if they must wait at least 30 days for an appointment or drive more than 40 miles to a VA facility.

VA Secretary David Shulkin has warned that without legislative action, the Choice program would run out of money by mid-August, causing delays in health care for thousands of veterans. The bill will extend the program for six months. Costs will be paid for by trimming pensions for some Medicaid-eligible veterans and collecting fees for housing loans.

Veterans benefits are questions that all people who have served should seek the information to fully understand their options. Many who have served, while having the option to receive benefits in established Veterans hospitals and facilities, often choose to participate in private facilities. Veterans needing skilled nursing care have the option of receiving the care inside the VA hospital program, or, as with any private citizen, can qualify for Medicaid to pay for those medical needs. Speaking to a person who is certified in VA planning is a critical step in understanding what option is right for you or your loved one.
Source: ABC News

Retiring? You will spend over $130K on Healthcare! 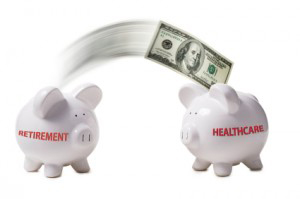 Today’s 65-year-olds can expect to spend an average of $130,000 on health care after retiring, from premiums to co-payments to eyeglasses, according to new estimates. The average single 65-year-old woman can expect to need $135,000 to spend on health care in retirement, while a man will spend $125,000, according to estimates from Fidelity Investments. (The difference is because the woman is expected to live longer — an additional 22 years, vs. 20 years more for the man.) Every year, Fidelity estimates how much it will cost for today’s average 65-year-olds to cover health care expenses for the rest of their lives if they retire now. For a while, it looked as if health care costs were holding steady, but Fidelity this year says couples need to set aside a record $260,000 for Medicare premiums and all other out-of-pocket medical costs — up 6 percent from last year and 18 percent from 2014.

Prime culprits in accelerating health expenses are prescription drugs, especially high-priced specialty drugs, Fidelity says. And as the economy recovers, retirees are using more health care, driving up costs. Fidelity’s estimates, based on an analysis of Medicare’s claims database and trends in survey data, assume that retirees are eligible for Medicare and try to capture all the costs it doesn’t cover — including premiums, co-payments, and things Medicare doesn’t pay for, such as hearing and vision exams. But the estimates are only averages, and people’s costs can vary widely, according to where they live and how healthy they are.

What are the major expenses for retiring that I must plan for?

As retirement approaches, your life’s expenses don’t go away! They remain and now they must be paid on a fixed income. However, the big bills that I get called about are those possibly catastrophic costs associated with paying for the healthcare of a loved one who must reside inside a medical institution/rehabilitation center/nursing home. Family members are shocked with the reality that their existing health insurance will not cover this expense and that couples are left to finance these expenses out of their life savings.

As noted above, the cost for Medicare insurance is projected to cost a person over $130,000 over the remainder of their lifetime. What if you were to learn that you needed to pay that amount PER YEAR to care for a person in a nursing facility. That would certainly change the landscape of everyone’s financial future.

At Rhode Island Medicaid Planning, we discuss the Medicaid program, the program that if your assets and income are within certain limits will pay for the costs of nursing facilities. We discuss the rules and regulations and allow you to make a decision that works best for you and your loved ones.

The Candidates and Elder Care

The nation in the next few years faces many important decisions about health care — most of which have little to do with the controversial federal health law. Here are five issues candidates should be discussing, but largely are not:

Social Security is one of the most vital issues for older Americans. And, as things now stand, unless the Social Security system is changed, benefits will be cut by 21 percent in 2034, due to solvency issues. The only way to shore up Social Security is by raising taxes, cutting benefits (which could include raising the retirement age) or both. Forbes Magazine has prepared a head-to-head rundown on where Donald Trump and Hillary Clinton stand — as best as anyone can tell. Incidentally, Trump’s website makes little mention of Social Security; most of his policy positions come from what he has said in debates or speeches. Clinton’s site has more details about her proposals and she has fleshed them out elsewhere. Both recently gave a pretty good summation of their views to AARP. Two caveats: Trump’s positions sometimes differ from the Republican Party platform, are still unknown or may change if he’s elected. Some of Clinton’s positions have been evolving (her threshold for higher payroll taxes is new, for instance) or are vague.

Read the analysis at Forbes.
Related: What Clinton and Trump Propose for Social Security and Medicare (PBS NewsHour)