Longest Living Human Says He Is Ready For Death At 145

An Indonesian man who claims to be the longest living human in recorded history has described how he “just wants to die”. Mbah Gotho, from Sragen in central Java, was born on December 31, 1870, according to the date of birth on his identity card. Now officials at the local 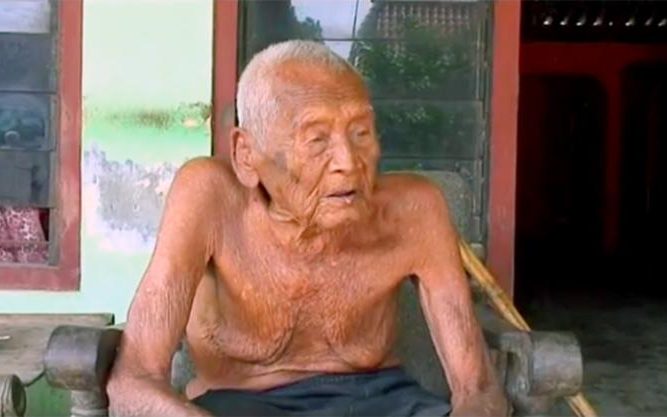 record office say they have finally been able to confirm that remarkable date as genuine. If independently co
nfirmed, the findings would make Mr. Gotho a staggering 145 years old – and the longest lived human in recorded history.

But despite his incredible longevity, Mr. Gotho says he has little wish to remain on this earth much longer. Mr. Gotho has outlived all 10 of his siblings, four wives, and even his children. His nearest living relatives are grand children, great grand children, and great-great grandchildren. One of Mr. Gotho’s grandsons said his grandfather has been preparing for his death ever since he was 122.

The full article published on August 16, 2016 by The Telegraph News on Mr. Gotho can be found HERE.

Though no one could predict a life expectancy of 145 years (assuming it is verified), the point being you never know what life with bring you! What would you do if you were blessed with longevity? How would you live? Who would care for you? Do you have a plan?

Few would ever plan for 145 however a proper plan that addresses needs for today, tomorrow and your 145th birthday can be created and should be discussed with your advisers.

Want to discuss your plan? Contact our office for a no-cost consultation.