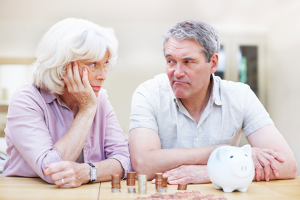 What Medicaid Covers for Medicare Enrollees

Medicare enrollees who have limited income and resources may get help paying for their premiums and out-of-pocket medical expenses from Medicaid (e.g. MSPs, QMBs, SLBs, and QIs). Medicaid also covers additional services beyond those provided under Medicare, including nursing facility care beyond the 100-day limit or skilled nursing facility care that Medicare covers, prescription drugs, eyeglasses, and hearing aids. Services covered by both programs are first paid by Medicare with Medicaid filling in the difference up to the state’s payment limit.

Qualifying for Medicaid is a two part test: Asset Rules and Income Rules. Generally speaking, a person can only have $4,000 of countable resources under the asset rules component. As for Income, a recipient generally can keep the first $50 of monthly income and the balance is remitted to the skilled nursing facility with Medicaid picking up the balance due to the facility. The rules are different for spouses and the overall qualification is subject to a 5 year look-back at all of your finances.

Want to learn more about Medicare and Medicaid and how you should plan your estate around these programs? Contact us for a no-cost consultation.