Children are often confronted with difficult decisions when time and age catch up with their parents. Many children have been pushed into the role of being primary caregiver for their parents. The motivation stems from the very reasonable wish to keep parents at home for as long as possible despite health and medical issues of parents that indicate the parents need additional assistance with activities of daily living.

When children assume the role of caregiver to their parents with the goal of being able to avoid nursing home care for parents, there are benefits to this arrangement. Beyond the obvious advantage of the peace of mind of knowing you are doing all that you can keep your parents comfortable.

When a parent reaches the point in life where medical needs are increasing, it is prudent for the surrounding family to contact an elder law attorney who can explain the necessary and proper documents to have in place for parents so that children can assist with the parents legal and medical needs. 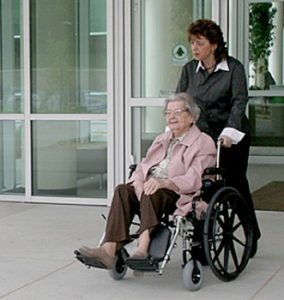 In addition, the elder law attorney should be prepared to introduce you to the Medicaid program and how it works for people who are expected to need skilled nursing and long term care.

Family should advise the elder law attorney about any children living at the home caring for a parent. These facts create a unique opportunity to protect the home of the parent from possible long long term care costs while still maintaining Medicaid eligibility.

If a child lives with a parent of the two (2) year period before the parent needs to enter into a nursing home, an if the child had not been with the parent the parent would have had to live in a nursing home, the parent can transfer the home to the caretaker child without being disqualified from Medicaid benefits. The parents doctor needs to certify to this arrangement and time frame for this exception to the transfer penalty to work.

The below link to an article explains some of the things that will need to be demonstrated to take advantage of this Medicaid planning opportunity. In Rhode Island, the rules are similar to the attached article but concerned individuals should meet with an elder law attorney to discuss the caretaker child exception as it applied to their facts.

Want to lean more? Contact our office for a no-cost consultation.

While tax-related fraud schemes aimed at seniors have been in the news, financial schemes targeting the elderly aren’t restricted to those involving Internal Revenue Service impersonation calls or tax refund fraud. 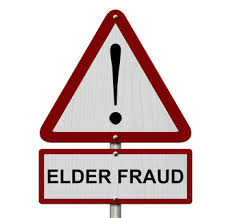 The U.S. Department of Justice has filed a civil complaint alleging multiple international mail fraud schemes that have defrauded elderly and vulnerable U.S. victims out of tens of millions of dollars. According to the complaint, U.S. residents received fraudulent direct mail solicitations that falsely claimed that individual victims had won, or would soon win cash, prizes or other bonus. The solicitations appeared to be personalized even though they were really form letters mailed to hundreds of thousands of potential victims.

The solicitations typically matched one of three types: 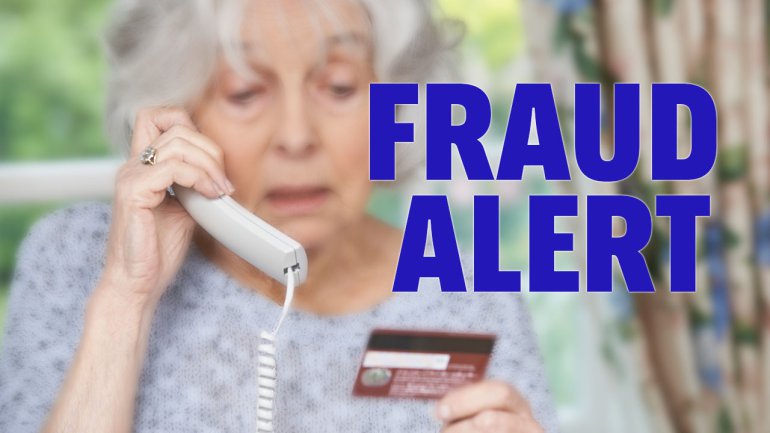 In some instances, the solicitations claim that the recipient has already been confirmed the winner of a prize in bold, prominent lettering, but then explain in smaller text that the prize drawing has not yet taken place or that there is no prize drawing. Potential prizes touted were said to be in excess of $20,000 and included cash, checks, amounts held in trust, and cars. DOJ estimates that more than half a million victims responded, netting the defendants $18 million.

Reports of suspected elder abuse in Massachusetts have surged over the past five years, according to state figures — a troubling increase that law enforcement and elder advocates say is fueled in part by the opioid crisis and addicted adult children exploiting parents and other relatives. Since 2011, abuse reports have climbed 37 percent, with more than 1,000 additional cases reported each of the past five years to protective services offices. The Executive Office of Elder Affairs, the agency that tracks and investigates abuse, recorded nearly 25,000 cases last year, but the state’s numbers do not delineate how many involved opioids. More adult children addicted to opioids are moving back in with their elderly parents, Middlesex District Attorney Marian T. Ryan said. Retired parents, with their monthly Social Security and pension checks, become easy targets for financial, physical, and emotional abuse.

Protecting the Elderly from Fraud

Want to protect your elderly loved one? While people certainly have the right to choose where they spend their money, we don’t want our loved ones prayed upon and taken advantage of. Keep in close contact with your loved one.  Watch for any changes in spending or behaviors. Review mail received for any solicitations that are seeking donations of payments. If irregularities are noted, inquire into spending habits. If possible, review banking and financial records.

Consider executing a Durable General Power of Attorney to address any competency issues. A fully considered and executed estate plan will often minimize the chance that the Elderly will be targeted by fraudulent activity.

The Candidates and Elder Care

The nation in the next few years faces many important decisions about health care — most of which have little to do with the controversial federal health law. Here are five issues candidates should be discussing, but largely are not:

Social Security is one of the most vital issues for older Americans. And, as things now stand, unless the Social Security system is changed, benefits will be cut by 21 percent in 2034, due to solvency issues. The only way to shore up Social Security is by raising taxes, cutting benefits (which could include raising the retirement age) or both. Forbes Magazine has prepared a head-to-head rundown on where Donald Trump and Hillary Clinton stand — as best as anyone can tell. Incidentally, Trump’s website makes little mention of Social Security; most of his policy positions come from what he has said in debates or speeches. Clinton’s site has more details about her proposals and she has fleshed them out elsewhere. Both recently gave a pretty good summation of their views to AARP. Two caveats: Trump’s positions sometimes differ from the Republican Party platform, are still unknown or may change if he’s elected. Some of Clinton’s positions have been evolving (her threshold for higher payroll taxes is new, for instance) or are vague.

Read the analysis at Forbes.
Related: What Clinton and Trump Propose for Social Security and Medicare (PBS NewsHour)

Social Media and the Elderly: The Next Big Wave!

Social Media – its not just for the kids anymore

Many might think that social media is the exclusive domain of the younger generation. However, many of our older adults have enthusiastically adopted it to keep up with the times as well as their old acquaintances and younger family members. Grandparents are becoming proficient in alien things like Skype and Facebook and liking it. It has become a healthy emotional outlet and word of its benefits has spread like wildfire among the elderly.

Historically many people who were not raised with computers have been hesitant to adopt them into their life and lifestyles unless absolutely necessary. This process of pulling many folks into the technology for often work purposes has caused many to shy away. Finally though, many are seeing user friendly and wide acceptance of the technology and a desire to connect with the younger generation. Nothing makes someone feel young than being able to keep up with those who are young, and social media offers that opportunity.

The internet not only allows for connections to family and friends, it also opens up a vast database to research for news, entertainment and medical information. As folks become increasingly comfortable with the technology their ability to ask questions and research answers will become limitless! 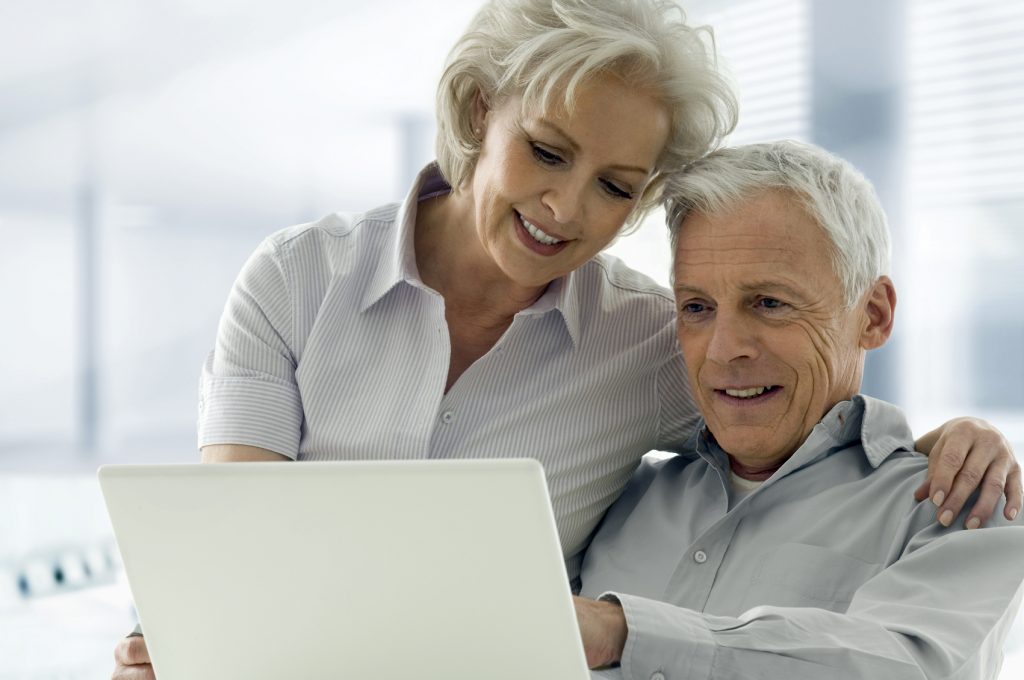 One Quarter of America’s Caregivers Are Millennials

Who are the caregivers looking over our loved ones?

Caring for older relatives is usually a task associated with Baby Boomers, the 50- and 60-somethings who find their aging parents need assistance. But almost a quarter of the adults who take care of older people — on top of their regular jobs and responsibilities — are between the ages of 18 and 34, according to research by the AARP Policy Institute and the National Alliance for Caregiving.

As millions of Americans are expected to live longer than they used to — often losing the ability to do so independently — their families and communities are grappling with how best way to take care of them. Kaiser Health News focused on the problem in a Dec. 2 webinar with advocates and policymakers. About 40 million Americans considered themselves caregivers in 2013, according to an AARP report, said Susan Reinhard, senior vice president at the AARP and one of the webinar’s panelists. Those people are typically women, and their median age is 49. The work they do caring for older relatives — usually parents and grandparents — was estimated that same year to be worth about $470 billion.

The study underlines the importance of having a plan in place.

As we live longer lives, it is up to each person to ensure they have
a plan on how they will handle those years. Discussions need to include topics of domicile, care givers, support with daily activities of living, financial and medical.

Need to start your conversation? Contact us to schedule a meeting.