PROVIDENCE, R.I. — Rhode Island officials estimate it would cost the state $595 million more over five years to prevent 75,000 low-income adults from losing their Medicaid coverage under the House Republicans’ plan to overhaul healthcare. And that’s just for the adults without children who became newly eligible for coverage in 2014 under the Affordable Care Act. Medicaid insures close to 300,000 Rhode Islanders, or nearly one-third of the population. “It’s hard to Fathom that Rhode Island could make up for the funding losses that we’d have here,” Anya Rader Wallack, acting secretary of Health and Human Services, said during a media briefing Wednesday morning. “And that’s just roll back of the expansion.”

The total cost to Rhode Island of the GOP plan’s proposal to cap federal spending on Medicaid has not been calculated by the state. But the Urban Institute, a Washington-based think tank, reports that Rhode Island is among 10 states that would experience the steepest declines in Medicaid spending under the plan. 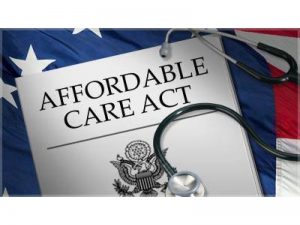 Rhode Island is among 31 states, along with the District of Columbia, that adopted the federal law’s expanded eligibility criteria for Medicaid. In Rhode Island, that meant low-income adults who are not disabled and have no dependent children. Their coverage currently costs $450 million — or one-fifth of the state’s $2.3-billion Medicaid program.

Under the GOP plan, state officials estimate it would an additional $9 million more than 70,000 adults in the Medicaid expansion population from losing insurance during the first year of program — and another $220 million for their coverage during the program’s fifth year.

Rhode Island’s expansion of Medicaid, coupled with another 30,000 people who don’t have coverage through their employers and instead purchase insurance through the state exchange, have helped cut Rhode Island’s uninsured rate by nearly a third, to about 4 percent from close to 12 percent prior to Obamacare.

If the state is forced to scale back its Medicaid coverage and if people are no longer penalized for not having coverage, as they are under Obamacare, and go without insurance, hospitals — which accepted lower state reimbursement rates in anticipation of fewer uninsured patients — would be hit with higher costs for uncompensated care.

The 30,000 Rhode Islanders who buy coverage through HealthSource RI, state officials said, also are expected to pay more under the GOP plan.

Close to 90 percent of enrollees on the state exchange receive tax credits, which pay for about 70 percent of the monthly premiums. The Obamacare tax credits are based on income as well as age.

The average premium on the state exchange is about $458 per month — of which $247 per month is paid for through tax credits — so that the cost to the enrollee is $111 per month, according to HealthSource RI’s spokeswoman, Kyrie Perry.

Under that plan, the individual premium costs on the exchange are projected to increase, on average, by 15 to 20 percent in 2018 and 2019, according to HealthSourceRI. They are expected to level out after 2019.

For the benchmark “Silver” plan, that amounts to about $1,700 less, on average, in tax credits and another $2,000 more in premiums, Zach Sherman, director of HealthSourceRI said.

“There are definitely winners and losers” under the age-based tax credits, Sherman said. “It will results in older folks having trouble affording coverage.”