Reaction to R.I.’s $9.6B budget proposal: Bad for nursing homes; some good news for kids

PROVIDENCE, R.I. — The proposed $9.6 billion state budget headed for a House vote later this week has elicited both sighs of relief – and groans – since its piece-by-piece unveiling late Friday night.

But nursing homes cried foul over a “devastating” 8.5 percent cut in their state Medicaid reimbursements to offset the millions they won in a court case, that is currently in limbo, because a state lawyer, who has since resigned, missed the appeal deadline. The Raimondo administration is currently begging the Supreme Court for a reprieve. 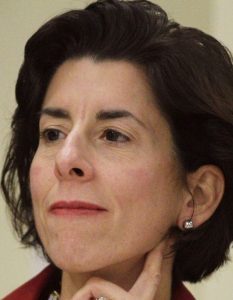 Here’s what the bill says: “Beginning July 1, 2018, the rates paid to nursing facilities will be reduced by eight and one-half percent (8.5%) from the rates approved by the Centers for Medicare and Medicaid Services and in effect on October 1, 2017 for nine (9) months until March 2019, at which time the rates will revert to the October 1, 2017 level and be increased by one percent (1%).”

Mattiello told reporters the wording is aimed at reinforcing the funding level lawmakers intended all along, in the face of winning arguments by the nursing homes that the state had improperly shortchanged $8 million a year – and a potential $24 million overall – in its calculations.

James Nyberg, the director of one of the two nursing home advocacy groups – LeadingAge RI – issued a statement over the weekend that said the proposed new budget “will have immediate and devastating consequences for nursing homes and their residents.”

“Tucked into the budget is a cut of 8.5 percent for nursing homes that will go into effect July 1st, in just 21 days. How can we, as an industry, be prepared to react responsibly when we are already significantly underfunded?” he asked.

Source: Reaction to R.I.’s $9.6B budget proposal: Bad for nursing homes; some good news for kids