10 Things To Know About Hospice Care 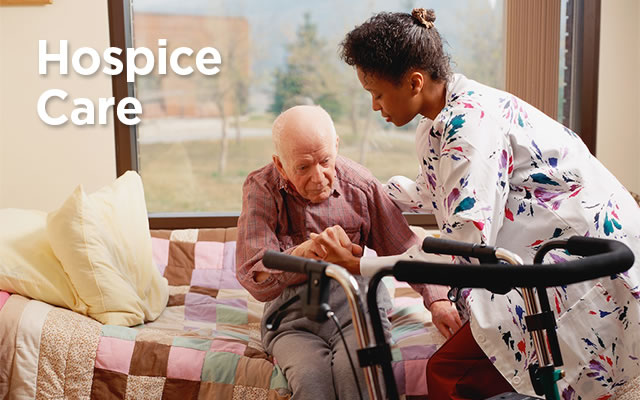 Death comes in many forms. It may arrive suddenly without warning or approach slowly after a long illness. In the latter case, families have time to prepare for the inevitable. What’s more, they may have access to hospice care, which can simplify life by bringing doctors directly to patients and providing myriad support services.

Unfortunately, not everyone who is eligible makes use of hospice. “The truth is half of patients never get hospice at all,” says Joe Rotella, chief medical officer with the American Academy of Hospice and Palliative Medicine. “What we see is patients either avoid hospice or call it very late.”

When the end is in sight, here are:

1. Hospice is not a place but a type of care. While it’s true some hospice organizations operate facilities, hospice itself refers to a type of comfort care that can be provided in any setting. “A team of professionals provide emotional and spiritual support to a patient and family anywhere,” says Richard Fife, president of the Foundation for End-of-Life Care.

2. Medicare pays for almost everything. Seniors who receive Medicare will find their hospice care is covered almost completely. That coverage includes everything from doctors and nurses to social workers and homemakers. Patients must pay a $5 co-payment for prescriptions and 5 percent of the Medicare-approved amount for respite care, should they need it. In exchange for this level of coverage, Medicare stops paying for any medical care outside of hospice.

4. If you live longer, that’s OK. Six months or less is the life expectancy required to enter into hospice, but estimating a person’s lifespan is an imperfect process. “It’s not always easy to predict for a patient with Alzheimer’s, for example, when they’ve entered their last six months of life,” Rotella says. As a result, it’s possible for some people to remain in hospice long after six months have come and gone. Michelle Riddle, a patient advocate at Complete Dignity in Phoenix, says people don’t need to worry about losing their coverage if they do outlive expectations. “If you haven’t passed in six months, they don’t cut you off.”

6. Hospice is about more than medical care. A critical component of hospice is the support services they provide to family members. “Loved ones don’t have to run out to the drug store to get supplies,” Riddle says.

Hospice organizations are available 24/7 with on-call nurses and doctors who can make home visits at whatever time they are needed. Plus, hospice staff coordinates prescriptions, arranges for respite care and meets other needs families might have. Once people are able to stop juggling appointments or worrying about the logistics of their care, they may find their quality of life increases.

“People equate hospice with immediate death, Windham says. However, she advises people enter into this care as early as possible. “Going into hospice sooner rather than later gives patients and family members more quality time together.”

7. Services continue after someone dies. After a person passes away, hospice typically offers grief counseling or other bereavement services to family members. “Many hospitals have a chaplain, but that doesn’t mean you’re going to get the emotional support you get with hospice,” Fife says.

8. You can choose the hospice you want. Hospice isn’t offered by a single entity, but is a form of care offered by thousands of providers. In 2014, there were 4,000 hospice care agencies in the country, according to the Centers for Disease Control and Prevention. “A lot of nursing homes have a hospice they use, but it’s OK to pick a different one,” Windham says. She recommends families interview at least two hospice providers before making a choice.

During those interviews, the most important question may be to ask whether the hospice is Medicare-certified. If not, Medicare won’t pay for its services. Beyond that, patients and families should ask about the type of services provided, frequency of care and who will serve as the family’s point of contact. “If they are getting irritated with your questions, look at a different hospice,” Riddle says. “Don’t be bullied into a choice you don’t want.”

9. More transparency may be coming to hospice organizations. The government doesn’t publish hospice information for consumers as it does for nursing homes. That may be changing, Rotella says. It could be years before it’s fully implemented, but a move is underway for Medicare to publish quality measures of hospice organizations to make the process of selecting one easier for consumers.

10. Hospice is focused on life, not death. Entering hospice might feel like quitting on life, but those who work in the field say accelerating death is not the focus of this type of care. Instead, it’s intended to help people live fully and comfortably in the time they have left.

“[People] think it’s morbid and focused on giving up,” Rotella says. Instead, he says “it’s focused on quality of life while facing the reality of what’s going on with an illness.” Rather than feeling like they are at the mercy of a medical process that entails countless appointments and tests, people in hospice care may finally feel like they are back in control of how they live.

This article was written by Maryalene LaPonsie and can be found here.